This Is Who I Am


For as long as I can remember I have had a fascination with London. Beginning with trips as a child, this progressed to trips with my friends and, eventually, to more frequents visits by myself and my family.

Then there were the trips to the museums, with the Natural History & Science Museums being my favourites as a child.

After I left school, and began my working life, I would visit London with my friend Colin, at least once a month. We would take in a movie, visit the sights, check out the record shops and generally have a great day out. Back then we always took the Metropolitan line to Baker Street and changed onto the Bakerloo line, which would take us to our typical starting point of Piccadilly Circus.

As the years went by I became more and more fascinated with the hidden areas of London. Even then I always felt that the city was unfinished. Then, with the regeneration of the Docklands, along the River Thames and the construction of Canary Wharf and the Millennium Dome, it started to come together.

The city is still under a massive regeneration, some of which is hidden below the streets, but some, like the London Bridge station regeneration, are all too clear to see.

The idea for this website came about, in September 2015, when I visited the Bomber Command Memorial, Green Park. I was in the middle of one of my walks, which usually has a set starting point but only a rough finishing point, when a story began to form in my mind.

Once home, I began to jot down these thoughts in notebooks, before transferring them to a Word document. The story would take a couple of years to evolve to where it is today. But, then the question I had to ask myself was, 'What do I do with it?'

It wasn't long enough to publish as a book, or so I thought, until I realised that I could build a website, promote the story and, also, show off my photographs.

With a plan sorted, I began working on the site, but it needed a name. So, I used the name of the story: The Unfinished City. I purchased the domain name and began uploading photos, stories and videos.

It was while I was going through the literally thousands of photographs, that I have amassed, that I had the realisation that I could publish the story as a book, if I added a selection of photographs to accompany the narrative. It took a while to find a website, that I liked and wouldn't cost a small fortune, but I finally found one.

Since then I have spent a great deal of time in and around London, gradually unearthing more of its secrets.


There is one question I get asked most, about my photographs, which is, 'What camera do you use?'
I usually get looked at in complete disbelief, when I answer, 'My trusty Samsung phone.'
This isn't a lie, or untruth, but 98% of all of the photographs, on this website, were taken with my Samsung smartphone. Beginning with a Samsung Galaxy S5 and, currently, a Samsung Galaxy S8.
The other 2% were taken with my Samsung digital compact camera.

The photographs obviously come out well, as: 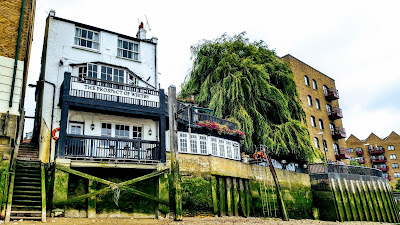 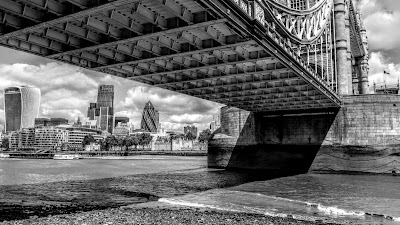 I hope that you enjoy my site and I welcome all feedback, both good and bad.
Plus, if you wish to use any of my images, which are all copyrighted, please get in touch.